Usually I am a very optimistic, happy man.  Not much really gets me down or agitated.  And I think that’s a good thing.  Lately, however, recent world events have me thinking a lot about human relations and the impact of these events on us and how we interact with one another. Politics, violence, social issues….the media captures them all and splays them out on the internet or TV, both to inform and sensationalize.  And you don’t have to listen for very long for your heart to drop or to feel the low energy vibrating around you.  On FaceBook, articles, viewpoints, pictures are shared, liked, and shared again.  To me it feels like I am in the ocean to play, but then wave after wave suddenly begin crashing into me at a rate that is too fast and too powerful to fight against.  Soon my mouth is filled with salt water and my head is under the water.  Only after a strong frantic effort can I get my head back up to the surface and swim back to shore.

For the most part, I tried keep my thoughts focused on love and loving concepts.  But this time, the concept of “hate” came to my mind.  And rather than just casting it out, I started to think about “hate” and how it may be driving people and events in ways that we aren’t aware.

Hate is a very powerful word.  For most of us, it brings up tense feelings of fear, insecurity, anger, frustration, and uncontrolled emotions.  I think the term “hate” is being used so often and so carelessly today that it has become a very powerful underlying player creating huge waves of low energy affecting everyone.  Here is one definition I grabbed off of the internet: to dislike intensely or passionately; feel extreme aversion for or extreme hostility toward; detest.  I think that definition fits my purposes.

Here is what I see happening.  Hate is permeating everything, from sharing ideas about social values to disagreeing about political policies to consummating acts of violence.  Let me give an example:

1.  I feel very strongly about a particular cause.

2.  You feel very strongly about the opposite cause.

3.  I feel so strongly about my cause that I see your opposite ideas as a threat to me, because, of course, my cause is right and yours is wrong.

4.  Rather than tolerating your opposition and staying focused on striving FOR my cause, I choose to expend energy AGAINST your cause.  I think this technique advances my cause, increases my cause’s popularity and may even get you to change your position.

5.  In the glory of my cause and in order to appear to be tolerant, I even use the term “I hate the game, not the player”  or if I am coming from my own religious point of view, I use “hate the sin, not the sinner.”   So now hate is in the game, but it’s ok because it’s not personal, I really just hate the game or the sin  (your cause or idea), not you personally.

6.  So sparks fly as I expend my energy attacking your position.  I’m using the same hateful energy against your cause as I would your person.  You feel the need to defend your position, because after all, your cause is right and mine is wrong.  Instead of remaining focused on striving FOR your cause, you choose to expend energy AGAINST mine.  And you don’t hate me personally, you just hate my game or my sin.

7.  In a very short time, we are at each other’s throats, both feeling justified in our cause, both loudly proclaiming we really only hate the game.  However, our fight is really focused on hating each other.  The same intense emotions and actions play out.  I bash, ridicule, and demean your sexual orientation, your values, your beliefs, your religion, your art, your music, your race and culture, your political positions, your money and wealth or lack of it.  You do the same to mine.  We spare no quarter.  Everything is game.  And we recruit others and make it popular, thinking that the more we get on our side, the more right we are.  But there is no winner.  No victories.  Only hurt and damaged souls and society.  After a while, we retreat, regroup, and get ready to do it all over again whenever we are provoked, offended, or afraid.

I am now firmly convinced that hating the game is just as terrible as hating the player.  Hating the sin is also equal to hating the sinner.  The ONLY way to peace is to allow others to have their ideas, values, and beliefs, whatever they are, and refrain from any kind of attacks against their position.  Just let them be.  Note.  Observe.  Accept their existence.  But resist the need or feeling that you have to attack, eliminate, or destroy them. There are other actions to take besides allowing yourself to be drawn into low energy and destructive exchanges no one wins.

Hating the game, or their position/cause, puts you at the same energy level as hating the player.  We can’t differentiate the two.  The line is too thin.  We either start to express hate in the form of negative language and actions against the person, or we perceive that someone else hates us.  This perception that we are now hated is just as bad and destructive.  Is the assumption that we are hated because we disagree really even accurate?  Is it possible to disagree and not hate?  I believe that it is, but the way some are viewing it today, they assume that disagreement equals hate.  We then feel compelled that we MUST engage at the same level of hate being engaged at us less we be seen as weak, timid or afraid and without principled cause.

Do you see?  There’s no winner here.  No one changes their mind.  Peace is not maintained.  Separation continues.  Unity becomes impossible.  Intolerance reigns.  Tolerance disappears.  Progress halts and stagnates.  I don’t hate you.  I swear.  I just hate your idea, cause or position.  And I use every conceivable tool to attack your position, eventually conceding to the use of personal attacks, all in the name of really just hating your position.  But the damage is done.  I react at the same hate energy level.  And we duel until we are both bloodied. Can you see how much bullsh*t this is?

The hate way is not the way.  Focus on what you want, not what you don’t want. Focus on your cause rather than attacking the opposition.  Stay grounded for what you are FOR instead of attacking what you are against.  Mother Teresa was once quoted as saying, “I will never attend an anti–war rally; if you have a peace rally, invite me.”  Stand FOR something, rather than AGAINST.  It’s an even more powerful action and positions for you for positive and successful results.  Take action.  Take BOLD action even.  But take the action that advances your cause with renewed determination, resources, and values instead of expending all of those emotions and resources on useless, mindless and unsuccessful attacks against the opposition.

This is how real change happens.  This is how conscious minds and hearts change.  This is how new laws and policies are created that move us forward in peace, trust and harmony.  This approach was the magic of Martin Luther King and Ghandi.  Let’s release and let go of the need or desire to hate either the player or the game.  The game of hate is old now.  It’s been tried and it fails every time.   Every single time.

Affirmation:  I release and let go of the need to allow hate of any kind to enter my life.  I refuse to hate the player.  I refuse to hate the game.  I choose to allow others to have their values no matter how opposite they are of mine.  Instead I choose to remain in a state of peace and love and focus my energy, emotions and resources on taking positive actions that move my cause and values forward without feeling a need to also attack or take actions against others.

For over 5 years as the “Coach on the Square” in Marietta, GA, John Hyatt has been in the business of coaching executives, leaders, and individuals on how to “Show Up Available” for creating their best leadership, best relationships, and best lives. He has helped corporate executives and business owners solve problems, helped singles and couples thrive in their relationships and helped individuals heal from the past and move forward in new directions for success.

An Affirmation for Love ATLANTA! breakthrough COACH ON THE SQUARE create conditions for success Hate HOLDING YOU BACK FROM LOVE SHOW UP AVAILABLE Some Things to Consider about Love START LOVING STAY CLASSY work-life balance 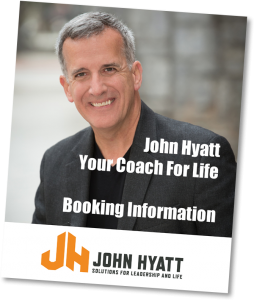 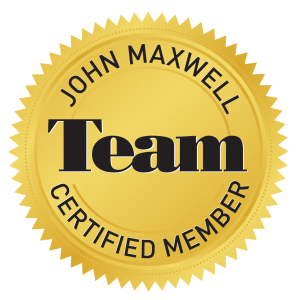 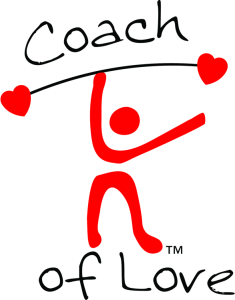